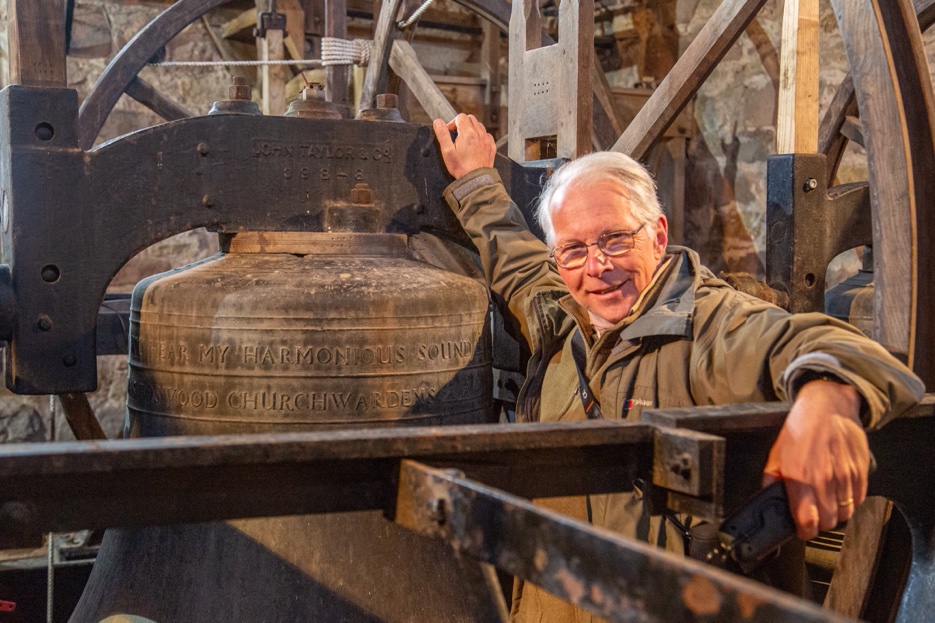 Cathy Booth’s special guest this month is ringer and project manger par excellence Tim Keyes who gives us the inside scoop of Ledbury’s rather exciting bell restoration and augmentation project.

Tim very helpfully talks through all the different stages of the project, step by step, with plenty of top tips for those of you planning your own bell project.


Cathy hears about the challenges faced, exacerbated by Brexit and COVID-19, but also the enormous highs that come with engaging the whole community in innovative ways.

However, this episode is much more than the story of a successful project, as the interview takes a surprising literary turn. But then again, we always knew that bell ringing is poetry in motion …

Tim Keyes began to learn to ring bells on the heaviest 8-bell ring in the world at Sherborne Abbey in 1979.  Married that summer, he and his wife continued their progress as ringers at St Nicholas, Thames Ditton in Surrey.  This light ring of 6 bells was a perfect context in which to gain confidence and experience under the skilful leadership of Anne Donaldson, the Tower Captain.

Tim became Tower Captain, although still of very limited experience, in the mid 1980s.  His ringing career stalled for many years in 1988 as he and his wife moved to Cambridge and then to Godalming where they worshipped in churches that had no bells.  Life as teachers and parents of small children also became simply too busy.

When Tim became Head of The King’s School in Worcester in 1998, he rang intermittently at Hallow, just north of Worcester, and also forged a rewarding link between the school and Worcester Cathedral with its innovative teaching centre.

It was not, however, until retirement in 2014 that he again became a regular member of a band.  This was at St Michael and All Angels in Ledbury where he took over as Tower Captain in 2018 after initiating the project to restore and augment the Ledbury Bells.  This three year project is currently coming to fruition following the re-installation of the bells by Whites of Appleton in early December 2020.