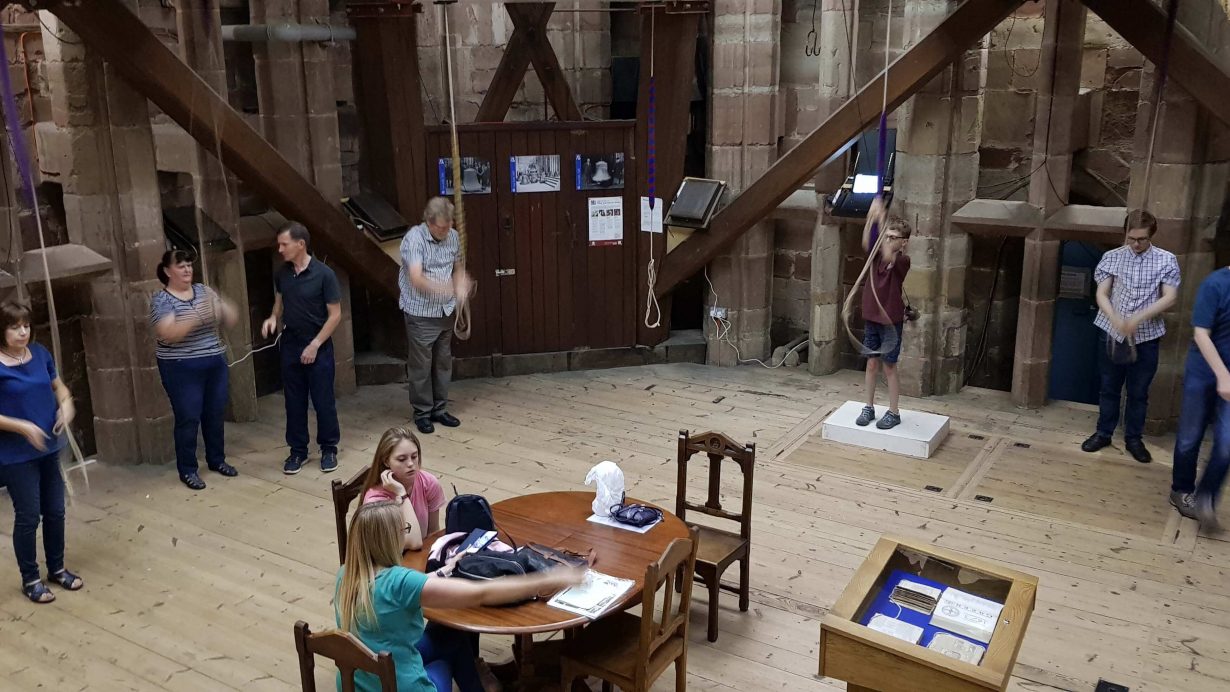 An interview with Mark Regan

The world of 12 bell ringing on enormous bells is indeed a rarefied one, but that there is an overriding sense of outreach and community in Mark Regan’s in-depth and wide-ranging conversation with podshow host Cathy Booth. Being ringing master at Worcester Cathedral, having rung about 2,400 peals, helping set up the first bell ringing training centre in the country and being involved in an amazing number of bell rehanging projects there is a lot to get through!

According to Mark, the secret to all successful bell projects is having a strong purpose and good communications, especially getting the Church and PCC on your side. Enthusiasm helps too and this interview may just well inspire you to aim higher with your own projects. Or even just to get to grips with routine tower maintenance.

One of the highlights of this show is where Mark talks about the people that that both encouraged him and inspired him to become the ringer that he is today. And by the sounds of it, Mark has himself become a role model for a new generation of ringers – especially Sam who recently strapped Liverpool Cathedral tenor at the tender age of ten. Fantastic stuff!

Mark Regan is the Ringing Master at Worcester Cathedral and a member of the Worcester DAC. He has rung 2400-(ish) peals, over 200 peals on bells over 40cwt and over 1000 peals on 12 bells.

Since living in Worcester he has installed two new rings of bells in the city; and has opened up several ‘unringables’ in the Diocese, the most noteworthy being Bredon, Bengeworth and Severn Stoke. For many years he was the Steeplekeeper and Churchwarden at St Mary le Bow in Cheapside. When living in Leighton Buzzard he restored the bells twice, the second time was after a fire severely damaged the church in 1985. Mark’s latest project is to install a ring of bells in a new arts building at Christopher Whitehead Language College in Worcester.

He passionately believes that the future of bell ringing has as much to do with establishing better relationships with the Church of England and the community, as it has to do with teaching new bell ringers.