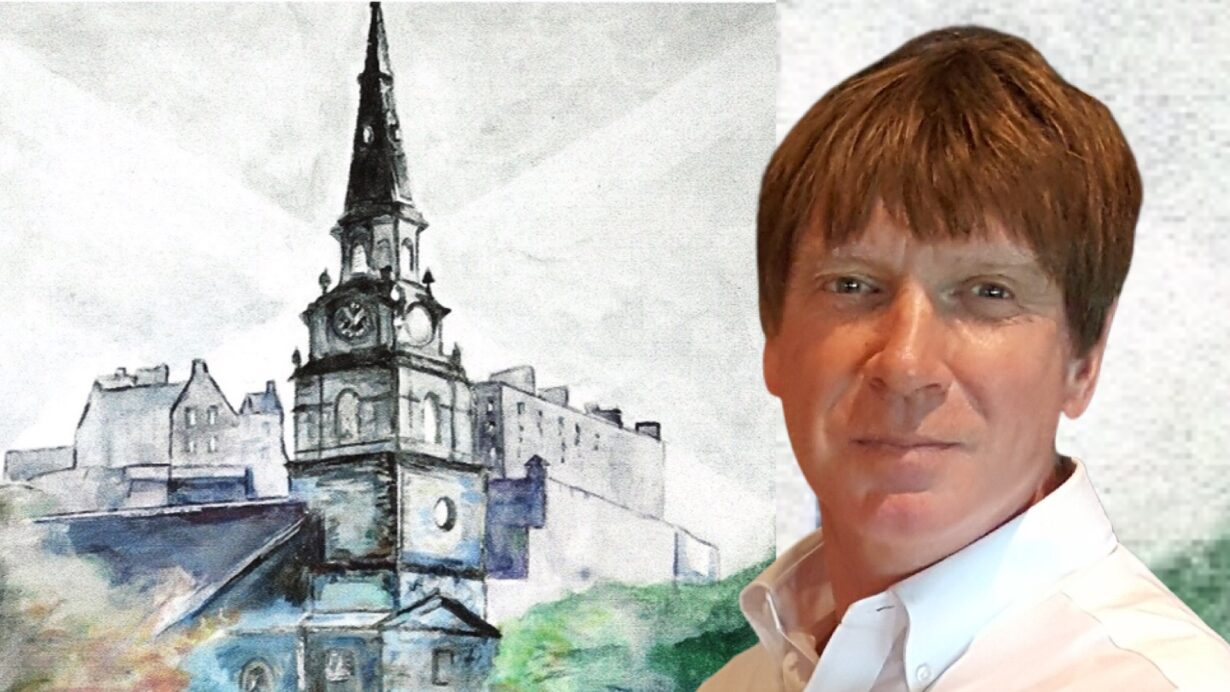 An interview with Simon Aves

In this month’s fascinating episode, Simon Aves takes host Cathy Booth on an entertaining romp through Scotland’s bell ringing history. You may be surprised to learn it is very different to England’s.

Who knew the Scots were so fond of peace and quiet? Cathy learns that in the past the best way to annoy people in Dundee was to travel up there and ring all their bells. And beware the constable waiting at the bottom of the tower to arrest you for that very noisy peal you just rang. Or worse still, the constable might well follow you to the pub and then ban you from ringing, perish the thought!

Of course all of this is history – very colourful history and brilliantly told at that. First bells, first peals, first women ringers, colourful characters, court cases and ringers being sick after their eight pint, this podcast has it all.

Simon Aves was taught to ring by Stanley Jenner in the mid 1970s at Tonbridge in Kent. He moved to Aberdeen for University, at a time when that city had no change-ringing bells, and as a consequence stopped ringing almost entirely for over a quarter of a century. He noticed a newspaper report in 2006 about the restoration of the bells of St Andrew & St George, Edinburgh and joined the new band there. He rang his first peal since in 1979 the following summer, and has now rung over 200 peals in Scotland.

Simon was Tower Captain at St Andrew & St George for three years, and Treasurer of the Scottish Association for ten. With the Central Council visiting Scotland for the first time in 2017, it was suggested that someone could update a 1982 work by Magnus Peterson on the history of ringing in Scotland. The result was Simon’s book A History of Change Ringing in Scotland.