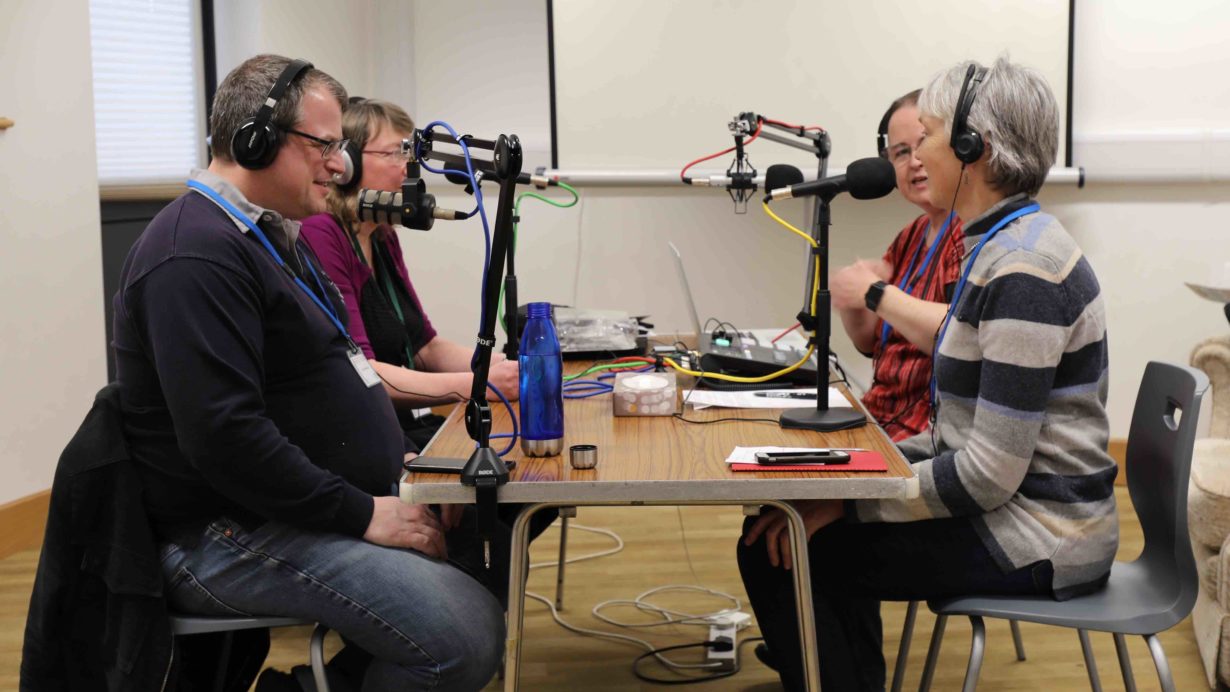 A panel discussion with distinguished strikers

In this episode you’ll get three for the price of one as a panel of the country’s top strikers discuss their top tips. And no, it’s not football we’re talking about, but bell ringing!

Colin Newman, Lesley Boyle and Stephanie Warboys join podcast host Cathy Booth at the Association of Ringing Teachers conference to chat about the holy grail of bell ringing, which is good striking.

What starts off with a simple explanation of what striking is and its importance to performance, then turns in into a frank discussion of an issue at the very heart of bell ringing. Do ringers focus too much on methods at the expense of good striking? And if so, how do you tackle this taboo subject if poor striking is happening in your tower? You’re all bound to have an opinion and so do our panel members!

So tune in now for some top tips for how to achieve Nirvana of ringing but first things first, work out if your bell goes ‘ding’ or goes ‘dong’.

Lesley Boyle has been ringing for over forty years and has a wide breadth of experience from multi-doubles peals to peals of maximus in hand and tower. She was a participant in winning bands in the National 12 bell competition in her youth, and is now a Tower Captain teaching young and not-so-young learners. She is also local District Ringing Master, serves on the Ely Association Recruitment and Training Committee, and helps with group teaching at the local ART hub.

Lesley says “I’ve gained a lot of pleasure out of ringing over the years and want to pass this on to others. I’ve realised through teaching many people to ring that everyone benefits if they’re taught well – if they’ve got good handling and have been asked to pick out the sound of their bell right from the beginning, learners progress more quickly and their band is more supportive with less frustration all round.”

Colin has been actively involved with the Ancient Society College Youths since the mid 90s, serving through the stewardships on 2002 and 2003, and then as Master in 2004. He is currently an ASCY representative on the Central Council.

Following a move from Essex to Berkshire in the early 2000s, Colin is now a member of the Tilehurst local band which holds an improvers as well as a general practice each week, he serves as Reading Branch Ringing Master and is the coach of the ODG Young Ringers team that won the 2019 Ringing World National Youth Contest.

Colin gets involved in all levels of ringing from teaching of basic handing skills to ringing peals of Surprise Maximus, getting the most pleasure from observing others develop and achieve high standards.

Stephanie learnt to ring at Kettering, Northamptonshire, which was then a very poor 23cwt ring of 10. When she learned, she had no previous connection to ringing but was immediately fascinated by it and desperately keen to master different and increasingly difficult methods and meet all the interesting people that she saw doing complicated things in the Ringing World (like Lesley Boyle who was also on the panel). She is competitive by nature but had no concept of what good striking was for many years – she just used to aim to put her bell somewhere equidistant between the one that she could see / hear was in front of her and the one behind her.

Stephanie was really, really keen when she was young and was leading peal ringer in 1983 and 1984, the year she finished university at Sheffield. She is still the youngest woman to ring a thousand peals. She rang her 2000th peal recently and that will probably be the slowest second thousand rung by a woman!  Over the years she has been lucky enough to be asked to ring a number of record peals that required “volume learning”, such as 170 spliced Maximus and 210 spliced Royal and, more recently, the first peal of “mythical beasts”, which is the hardest composition of 23 spliced major. She has also rung quite a few long lengths on the treble, including record lengths of all the work spliced surprise on 6, 8,10, 12 and 14. Other endurance feats include 4 peals of maximus in a day – all on biggish bells.

These days she is “super happy” just ringing the treble or Stedman Cinques– where there is absolutely nothing to think about other than trying to achieve fantastic striking. The rhythm of excellent ringing and the concentration takes her away to a happy place where nothing but perfection exists. It’s not all higher numbers stuff either for her – her husband is an expert in spliced surprise minor – so she has got quite proficient with that over the years and has recently been active in encouraging others to ring 41 spliced and 41 ATW for the first time. This year she rang 41 ATW silent and non-conducted and the tenor to a ladies peal of 147 minor.

She is proud to be the Conductor (Tower Captain) at St Martin’s in the Bullring – the only 16 bell tower in the UK.  Since she moved to Birmingham, she has been part of its 12 National Bell Contest band and now has 14 wins under her belt!

A fairly outgoing, confident character, she was the first female Master of the Ancient Society of College Youths and had a TV programme made about her attempt to lead the team to victory in the National 12 Bell Contest (unsuccessful but they did beat Birmingham!) and has been on Radio 4 talking about ringing and the Central Council – she guesses that’s the sort of thing that has led to her having been asked to be the ART Awards Leader (and a failure to “say no”)!

We’ve a high scoring list of  top takeaways this week as instead of just five, we’ve over 15 top tips for better striking.

Transcript for ’15 tips to improve your striking’