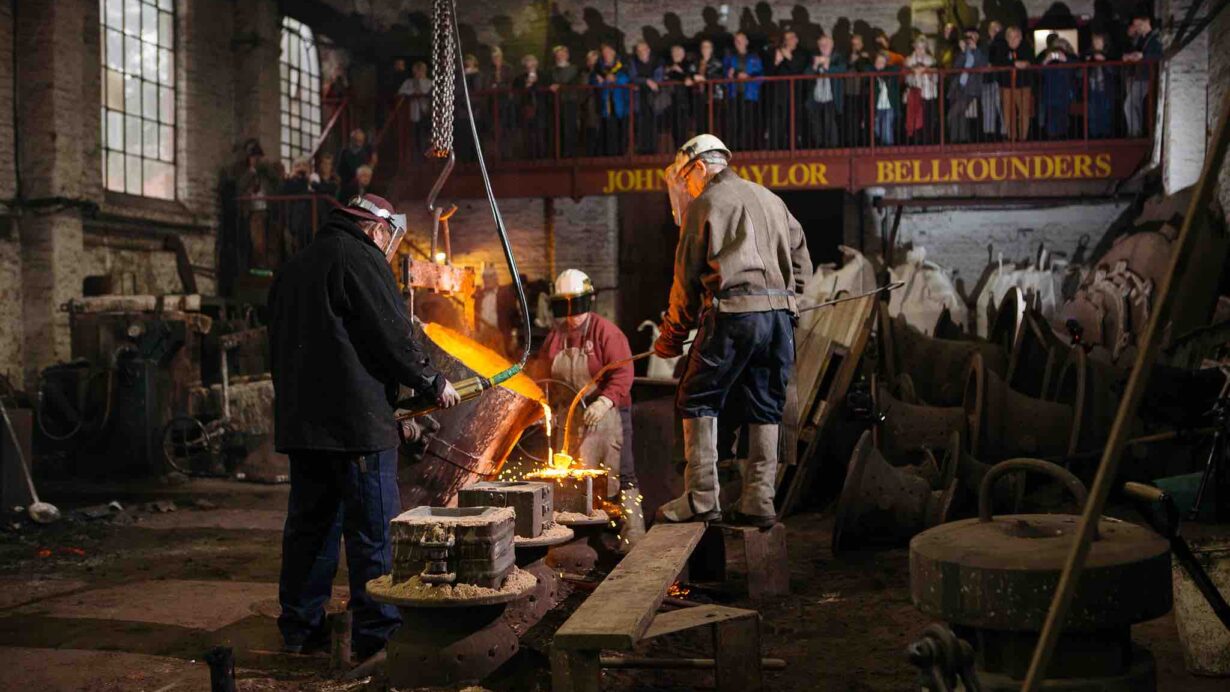 An Interview with Andrew Wilby

This episode sees host Cathy Booth in conversation with Andrew Wilby for a fascinating insight into the Taylor Bell Foundry past, present and future.

Based in Loughborough, we hear all about the history behind the foundry and some of the exiting attractions on site. The foundry has its own museum, 12 bell tower renowned for being the site of the world’s longest peal and even a carillon. Plan your visit now for when lockdown is over!

You’ll also discover what JS Bach has got to do with bell ringing, the ins and outs of harmonics and what equal temperament is – and no it’s not an easy-going tower captain!

Andrew then gets into some heavy stuff, bells that is, before regaling Cathy with some hair-raising stories of his bell ringing travels abroad. Brilliant stuff!

Andrew Wilby is a founding Trustee of The Loughborough Bellfoundry Trust and one of the three owners who vested the buildings, archive, museum and historic equipment in the Trust for posterity. He has a long history of service to the bell-ringing community. He served as Master of the Ancient Society of College Youths in 1978 [the world’s premier ringing society], as secretary from 1981 to 1991 and as a representative to the Central Council of Church Bellringer since 1978. His service there includes as commercial director of the Ringing World, as chairman of the Public Relations Committee and membership of several other committees including the founding of the Tower Stewardship Committee. In addition, he has project-managed several major bell restoration schemes in the UK and overseas including the Bells of Old Bailey Holborn, Trinity Wall Street NY and the Swan Tower Perth WA.

Andrew was formerly director of logistics at Eurostar UK Ltd and subsequently served as an elected member of South Northamptonshire Council, becoming chairman in 2012. He has been chairman of John Taylor & Co., and leading the revival of the company’s fortunes, since 2008.