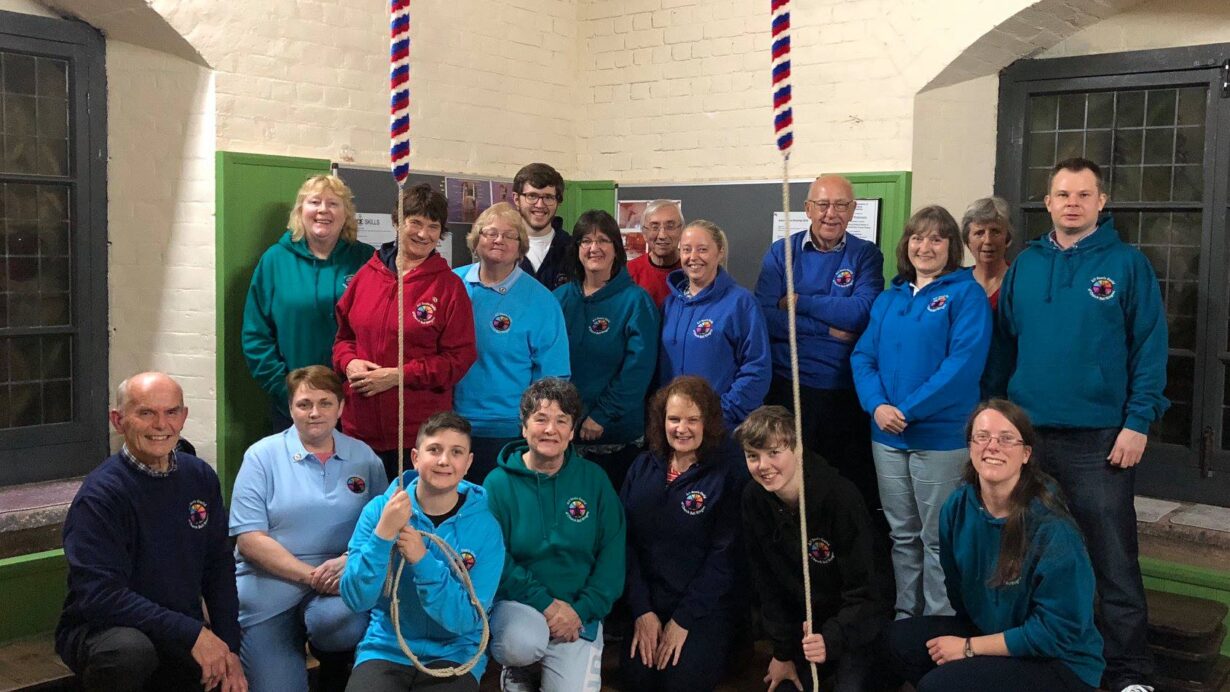 When someone suggests you take the keys and check on the bells in a redundant church, big things can happen. Such an invitation proved inspiring to Andy Cope and his partner who have transformed All Souls in Bolton into a community ringing centre with a winning recruitment strategy.

Meanwhile, the vision for a national centre of ringing in Northampton is coming together beautifully, as Simon Linford updates on progress. Close your eyes and imagine the perfect place – nice ring of eight next door, set of training bells, state of the art simulator, a ringing library and a real ale pub. Yes, you heard that correctly, a pub! Is it too early to book an outing?

Andy first learnt to ring in 1964 in the small Berkshire village of Brightwell-cum-Sotwell , and soon mastered the technique of bell handling,  quickly learning the basic methods on six bells  and ringing his first quarter peal the following year in Dorchester Abbey. A year later, in 1966 Andy rang his first full peal in his home tower, of Plain Bob Minor.

On the passing away of the tower Captain in that same year, Andy was asked to step in and become Tower Captain at Brightwell at the young age of 17 which he carried out for the next 5 years until his career took him away from the area and he had to relinquish the role. Ringing still featured strongly whilst working and he joined a band in Clerkenwell and St. Mary’s High Street Kensington whilst in London, also ringing the occasional peal and many quarter peals.

Due to a new family life and work commitments, Andy had to put his ringing on hold and only occasionally had the opportunity to ring, mainly for Sunday services and it wasn’t until 2015 that he returned to ringing proper, having retired and now living in the Bolton area. Andy became a member of the Lancashire Association and started back ringing in Blackburn Cathedral and other local towers.

Having been approached by the President of the LACR, Andy completed a maintenance check of the bells at All Souls Bolton and decided, there and then that this Churches Conservation Trust church was an ideal location to introduce and train new recruits and since 2016 has been very involved in just such activities with great success.

The main image above for this episode is taken at All Souls with Andy and his group of new learners.

Simon Linford is currently President of the Central Council, having previously been Master of the St Martins Guild Birmingham for about 10 years. Simon’s ringing has a very great breadth, from teaching ringing at the Birmingham School of Bell Ringing, being Tower Captain at St Mary’s Moseley, running the Brumdingers youth band, and then ringing very high-powered peals on all numbers. He has rung many record peals including calling record peals of spliced on up to 16 bells. He introduced the concept of Ringing Zones with a series of articles in the Ringing World, and has recently written “The Core Seven and Beyond, A Guide to Treble Dodging Minor Methods”.