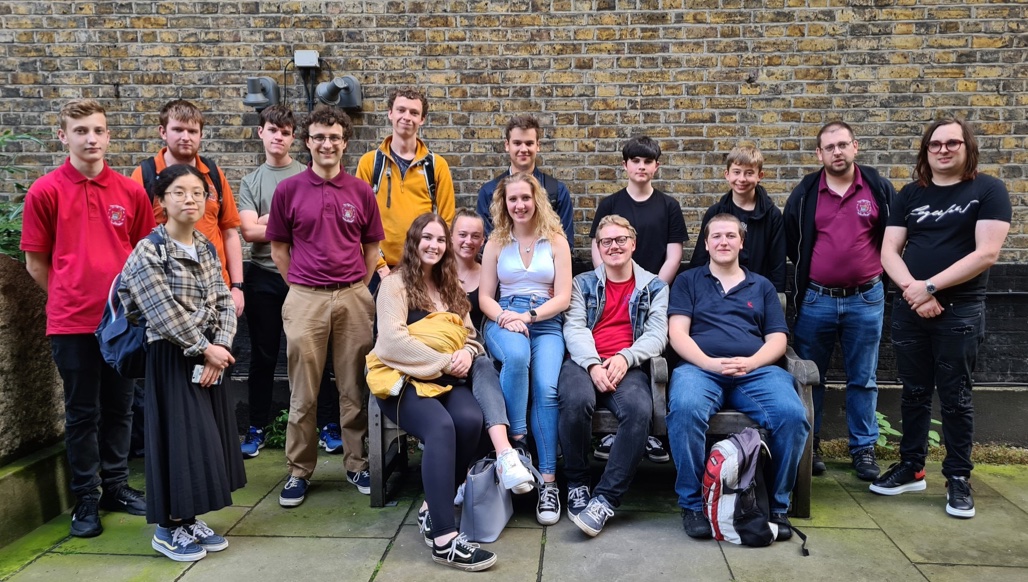 What’s got 40 members, stretches across a large part of the country and is a brilliant way to have fun, improve your ringing and make friends? Well, if you are a young bell ringer, the answer must surely be the Lilliputters.

Not, as host Cathy Booth discovers, a group from the fictional kingdom of tiny people, but an exciting national Guild for young ringers.

In this upbeat podcast, three Lilliputters – Simon, Molly and Euan – talk enthusiastically about the Guild, what it means to them and the joys of going on tour.

Sounds inspiring? Well if you’re between the ages of 10 and 30 and don’t want to miss out, why not join up now!

The Lilliputters Guild started life in August 2015 as a group of friends going away on a week’s ringing holiday. The accommodation for the week was The Lilliput Sea Scout Hut in Poole, Dorset – the closest Scout hut to Brownsea Island, incidentally – and it was from there that they took their name! The week, whose towers included Bournemouth, Poole, Winchester Cathedral and, naturally, Brownsea Island, was a roaring success. This prompted the formation of “The Guild” in April 2016, and another Tour that Summer, also based in Poole.

Since then, The Lilliputters Guild has grown, with new members and more events happening year on year. At the time of writing, it has some 40 members on the books, hailing from across the UK, with ages ranging from 13 to 35. In a “normal” year, they hold 3-4 main events, as well as other ad-hoc outings and quarter peal days, and even the occasional peal! The repertoire in The Guild ranges from call-changes to Surprise, and many Lilliputters have benefitted from ringing something new or different for the first time on a Guild event.

Equally important to the ringing is the social aspect of Lilliputters, be that evening activities (including the popular talent show) back at base during Summer Tours, pub or picnic lunches during days out, and even a theatre trip if an event is based in London!

With two ringing parents, it was inevitable that Simon too would learn to ring! He was taught to handle a bell at St Mark, Swindon (a pleasant, easy-going 11cwt 8) in 2004, at the age of 10, and has never looked back. Simon’s first peal, Plain Bob Major at St Mark, was in 2007; he said afterwards that he would never ring another – how wrong he was! He was captain of the Gloucester & Bristol (G&B) team which won the RWNYC in Birmingham in 2012, and still attends the odd Youth Team practice as the honorary (and self-christened!) “old lag”.

Simon organised his first outing in 2007, although he really ramped up these activities in 2011 when he started ringing a number of quarter peals, some of which he had arranged. A week away that he organised for some friends in 2015 ultimately grew and developed into The Lilliputters Guild. Little did Simon know at the time what he had started! Simon remains the Secretary for The Guild and has been looking forward to these activities resuming following the pandemic.

Although still based in Swindon, Simon has rung at some 1300 towers across (and outside of) the UK, and does like ‘ticking’ a new tower off! He currently enjoys a good mixture of ringing, balancing ‘recreational’ activites like peals, quarter peals and Lilliputters with training and local ringing commitments. Simon’s favourite thing in ringing – apart from Grandsire Major! – is helping others develop and achieve in their own ringing, and he is especially happy to ring in a “first” for someone.

Many will recognise Simon from YouTube, where he goes under the name of “simonbellringer”. Simon serves as the Peal Secretary and a Central Council representative for the G&B, and has previously held the posts of Secretary and Ringing Master for the Swindon Branch. Outside of ringing, Simon is a Cub Scout Leader, having been involved in Scouting since the age of six, drawing many ideas from this part of his life in setting up and running the Lilliputters activities.

Molly Smith learnt to ring when she was 13/14, at a little church just outside of Brighton called Keymer. Molly is now at university and rings at Bath Abbey where she’s been given the opportunity to build back her memory of methods that she was learning pre-lockdown. She says that ringing with the Lilliputters Guild has given her so much confidence and she has grown as a ringer and as a person and made some incredible friends for life. Molly rang in the Sussex Young Ringers team at the Ringing World National Youth Contest in 2018 and 2019, they were amazing experiences and she would encourage any young ringer to seize the opportunity if given it!

Euan Thomas started ringing back in 2009 at the grand old age of 4. He was taught to ring on a friend’s dumbbell and soon moved on to tower bells at St James Bushey and St Mary’s Rickmansworth, but he now rings at Mary’s Amersham, a lovely light 12. Euan rang his first Quarter when he was 8 and rang his first Peal when he was 13 with the Lilliputters guild. Euan has been a member of Young at Herts since he was 7 and conducted the one of the teams at the 2016 RWNYC in London when he was 10 and he is still a member and attending the RWNYC 8 years later. Euan has also been a part of the Lilliputters since 2017 and has attended many outings and tours with the Guild.

1 thought on “The Lilliputters Guild”